Even though it is nearly impossible to get signed up for health insurance through the Obamacare websites, if you don’t currently have health insurance you better get signed up by January 1st or you will get slapped with a fine. Is this fair? Of course not. But this is the way that the U.S. government works in the 21st century. They put unreasonable demands on people, and then the government punishes them heavily when they are not able to comply. The launch of the online “health insurance exchanges” which were supposed to make signing up for Obamacare a breeze has been an abysmal failure. There have been a great many examples of government incompetence over the years, but this one might take the cake. The Obama administration spent more than 93 million dollars to set up these websites, and they are so hideously dysfunctional that hardly anyone has actually been able to get signed up for Obamacare over the first ten days. But instead of delaying the individual mandate, the Obama administration is using the threat of a fine to force millions of Americans to use a system that is a complete and total nightmare.

Alas, the administration managed to turn the experience for most of those visitors into a nightmare. Websites crashed, refused to load, or offered bizarre and incomprehensible choices. Even though the system was shut down for repairs over the weekend, Monday’s early reports continued to suggest an epic screw-up.

It’s been one full week since the flagship technology portion of the Affordable Care Act (Obamacare) went live. And since that time, the befuddled beast that is Healthcare.gov has shutdown, crapped out, stalled, and mis-loaded so consistently that its track record for failure is challenged only by Congress.

The launch of Obamacare has been such a disaster that it is really hard to find the words to adequately describe it. The following are 12 facts about the Obamacare launch train wreck that everyone should know…

#1 According to a survey that was just released, approximately 90 percent of the people that have tried to enroll for Obamacare say that they were not able to get signed up.

#3 The Iowa Obamacare exchange has enrolled a grand total of five people in Obamacare at this point.

#4 The Hawaii Obamacare exchange was so bad that the entire site has been taken down and will eventually be relaunched.

#5 Early this week, the Wall Street Journal was reporting that health insurance executives were saying that only “hundreds” of Americans had successfully enrolled through the Obamacare websites so far.

#6 One online database programmer had the following to say about the Healthcare.gov website: “It wasn’t designed well, it wasn’t implemented well, and it looks like nobody tested it.”

Major insurers, state health-care officials and Democratic allies repeatedly warned the Obama administration in recent months that the new federal health-insurance exchange had significant problems, according to people familiar with the conversations. Despite those warnings and intense criticism from Republicans, the White House proceeded with an Oct. 1 launch.

#8 According to one estimate, it cost more than 93 million dollars to build Healthcare.gov.

#9 When you create an account on Heathcare.gov, you are handing over a whole host of personal information to the federal government which may end up being used for a vast array of different purposes.

#10 According to Politico, there is no way to delete an account once you have created one on Healthcare.gov…

Once you finally make it into HealthCare.gov, it’s not clear how you get out.

For those who’ve busted through glitches on the federal Obamacare insurance website to create an account, there’s no clear, obvious way for consumers to delete the accounts if they choose – at least not in the current incarnation.

“I think it could easily take up to two years before all these things are working working smoothly,” said Lisa Carroll, president of the Mosaic Insurance Exchange and the Small Businesses Service Bureau in Massachusetts. “This is just an ecommerce project of epic proportion,” said Carroll.

Carroll said the complicated task of getting all facets of the federal health insurance market to interact with each other correctly is made more complicated by rule changes and clarifications that have to be accounted for by software.

#12 The system is so bad that even CNN’s Wolf Blitzer is saying that the individual mandate should be delayed for a year.

And a lot of Americans that already had health insurance are also discovering the pain of Obamacare.

This is even happening to a lot of impoverished Americans even though Obama specifically promised that his health care program would lower costs for the poor. The following is a letter from a 26-year-old recent college graduate that has gone viral on Facebook…

So if Obamacare is not even helping struggling young people like Ashley that desperately need the help, then who is it actually helping?

The health care system in the United States was already a complete and total mess, and now Obamacare has made things much, much worse.

But if you choose not to participate in the system, Obama is going to send the IRS after you and slap you with a big fine.

Are you as upset about this as I am? If so, please share your thoughts by posting a comment below… 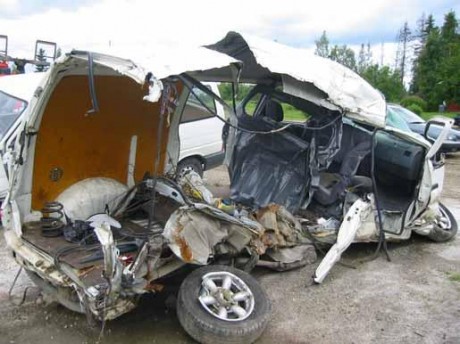