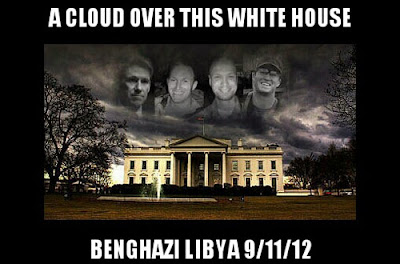 We are now hearing from a direct witness who was in Benghazi on 9/11/12 when terrorists attacked the US Consulate and safe house and hearing for the first time that the terrorists said “We’re here to kill Americans,” which is exactly what they did when murdering four Americans, including the US Ambassador to Libya.

CBS correspondent Lara Logan spoke with a British citizen, who had been hired to train the Libyan guards at the U.S. mission. He calls himself Morgan Jones to protect his identity.

Jones says he was annoyed that the State Department wouldn’t allow his guards to carry guns. As the attack began on Sept. 11, one of the guards called Jones, who was living nearby.

Jones expresses amazement that his call was answered when he called his American friends.

Morgan’s guards, unarmed and terrified, were surrounded by heavily armed gunmen, but they still sounded the alarm.

“They said, ‘We’re here to kill Americans, not Libyans,’ so they’d give them a good beating, pistol whip them, beat them with their rifles and let them go,” Jones said.