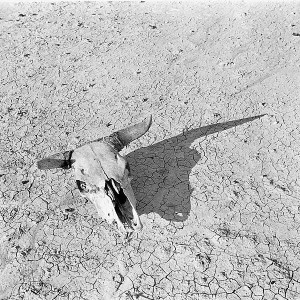 Originally published at The Economic Collapse

If the extreme drought in the western half of the country keeps going, the food supply problems that we are experiencing right now are only going to be the tip of the iceberg. As you will see below, the size of the U.S. cattle herd has dropped to a 61 year low, and organic food shortages are being reported all over the nation. Surprisingly cold weather and increasing demand for organic food have both been a factor, but the biggest threat to the U.S. food supply is the extraordinary drought which has had a relentless grip on the western half of the country. If you check out the U.S. Drought Monitor, you can see that drought conditions currently stretch from California all the way to the heart of Texas. In fact, the worst drought in the history of the state of California is happening right now. And considering the fact that the rest of the nation is extremely dependent on produce grown in California and cattle raised in the western half of the U.S., this should be of great concern to all of us.

A local Fox News report that was featured on the Drudge Report entitled “Organic food shortage hits US” has gotten quite a bit of attention. The following is an excerpt from that article…

Since Christmas, cucumbers supplies from Florida have almost ground to a halt and the Mexican supply is coming but it’s just not ready yet.

And as the basic theory of economics goes, less supply drives up prices.

There was a strawberry shortage a couple weeks back and prices spiked.

Experts say the primary reasons for the shortages are weather and demand.

And without a doubt, demand for organic food has grown sharply in recent years. More Americans than ever have become aware of how the modern American diet is slowly killing all of us, and they are seeking out alternatives.

Due to the tightness in supply and the increasing demand, prices for organic produce just continue to go up. Just consider the following example…

A quick check on the organic tree fruit market shows that the average price per carton for organic apples was $38 per carton in mid-January this year, up from an average of just $31 per carton last year at the same time. At least for apple marketers, the organic market is heating up.

Personally, I went to a local supermarket the other day and I started to reach for a package of organic strawberries but I stopped when I saw that they were priced at $6.99. I couldn’t justify paying 7 bucks for one package. I still remember getting them on sale for $2.99 last year.

Unfortunately, this may only be just the beginning of the price increases. California Governor Jerry Brown has just declared a water emergency, and reservoirs throughout the state have dropped to dangerously low levels.

Unless a miracle happens, there is simply not going to be enough water to go around for the entire agriculture industry. The following is an excerpt from an email from an industry insider that researcher Ray Gano recently shared on his website…

Harris farms has released a statement saying they will leave about 40,000 acres fallow this year because the FEDS have decided to only deliver 10% of the water allocation for 2014. Lettuce is predicted to reach around $5.00 a head (if you can find it). Understand the farmers in the Salinas valley are considering the same action. So much for salad this summer unless you grow it yourself.

The reason why the agriculture industry in California is so important is because it literally feeds the rest of the nation. I shared the following statistics yesterday, but they are so critical that they bear repeating. As you can see, without the fruits and vegetables that California grows,we would be in for a world of hurt…

As for fruit, I get that 86 percent of lemons and a quarter of oranges come from there; its sunny climate makes it perfect for citrus, and lemons store relatively well. Ninety percent of avocados? Fine. But 84 percent of peaches, 88 percent of fresh strawberries, and 97 percent of fresh plums?

Come on. Surely the other 49 states can do better.

Are you starting to understand how much trouble we could be in if this drought does not end?

About now I can hear some people out there saying that they will just eat meat because they don’t like vegetables anyway.

Well, unfortunately we are rapidly approaching a beef shortage as well.

Back in the late fall 2013 there was a freak snowstorm that killed close to 300,000+ cattle. This is a major hit to the cattle market.

I know in Texas where they still have a 5 year drought they are dealing with, they are having to ship grass bails in from Colorado, Utah and other parts of the country just to feed the cattle. Ranchers are sending their female cattle to the slaughter houses because they can not afford to feed them anymore. It is the females that help re-stock the herd. SO if you are slaughtering your females, your herd does not grow. It is expected that the US will not see cattle herd growth returning until 2017, maybe even later.

This is a problem which is not going away any time soon.

According to the Washington Post, the U.S. cattle herd has gotten smaller for six years in a row, and the amount of beef produced is expected to drop to a 20 year low in 2014…

The U.S. cattle herd contracted for six straight years to the smallest since 1952, government data show. A record drought in 2011 destroyed pastures in Texas, the top producing state, followed the next year by a surge in feed-grain prices during the worst Midwest dry spell since the 1930s. Fewer cattle will mean production in the $85 billion beef industry drops to a 20- year low in 2014, the U.S. Department of Agriculture said.

It would be hard to overstate how devastating this ongoing drought has been for many ranchers out west. For example, one 64-year-old rancher who lives in Texas says that his herd is 90 percent smaller than it was back in 2005 because of the drought…

Texas rancher Looney, who is 64 and has been in the cattle business his whole life, said his herd is still about 90 percent below its size from 2005 because of the prolonged dry weather. It will take years for the pastures to come back, even if there is normal rainfall, he said. About 44 percent of Texas was in still in drought in the week ended Jan. 7, according to the U.S. Drought Monitor.

And it isn’t just the U.S. that is dealing with this kind of drought. The largest freshwater lake in China that was once about twice the size of London, England has almost entirely dried up because of the ongoing drought over there.

If this drought ends and the western half of the nation starts getting lots of rain, this could just be a temporary crisis.

However, the truth is that scientific research has shown that the 20th century was the wettest century in the western half of the country in 1000 years, and that we should expect things to return to “normal” at some point.

So is that happening now?

Over the past couple of years, I have warned that Dust Bowl conditions are starting to return to the western half of the United States. Just see this article, this article and this article.

Now the state of California is experiencing the worst drought that it has ever gone through and “apocalyptic” dust storms are being reported in Colorado and Nevada.

Just because things seem like they have always been a certain way does not mean that they will always stay that way.

Things out west are rapidly changing, and in the end it is going to affect the lives of every man, woman and child in the United States.