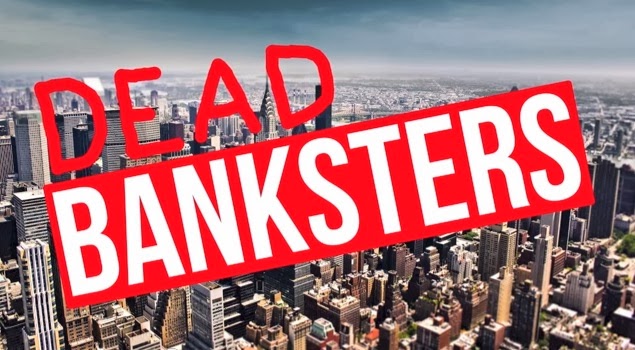 Hagmann and Hagmann is joined by “V” The Guerrilla Economist and Steve Quayle to discuss the recent slew of banker deaths, to which “V” predicted would happen, then sounded the alarm that more were coming… and they did right up until this morning, February 18, 2014 when reports broke the news of another dead banker.

“V” alerts coming to us via Steve Quayle’s alerts, have been completely accurate, so it is chilling to hear him say that as more bankers’ deaths pile up, we are seeing a “major sign that we are close to the end.”

Quayle finds it interesting that the public is “watching the total destruction of the global economy.”

Above are just small quotes from their opening statements, you should watch the full clip below so you know what is coming, what to expect, so you can prepare accordingly.

The problem is that many still do not understand they are watching it all unfold right before their eyes.

The MSM has dropped the ball on this or are complicit in the cover-up, but either way, there are going to be some very unprepared, surprised people when everything collapses.

Videographer Last Chance Truth titled the video below “The Bankers Are In Serious Trouble.”