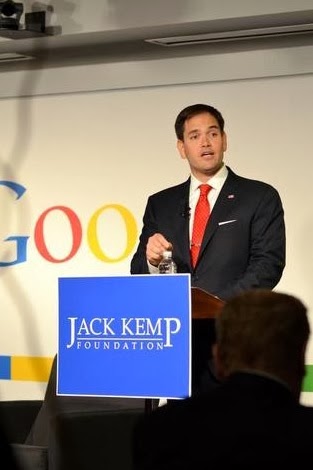 Senator Marco Rubio is introducing legislation aimed at preventing the takeover of the Internet by the United Nations or any other government entity. Rubio spoke from Google’s Washington office, stating “Since the Web is worldwide, and since it has proven such an effective catalyst for pro-democratic revolution,  it has become a battleground that many fight to control” He continued on to say “Many governments are lobbying for regulatory control by the United Nations or a governmental regime,” and “opposing this takeover and preserving Internet freedom must be a top national priority.”

Bolstering his argument, Rubio points out that 42 countries limit the Internet within their borders and intends to stop that type of control of the world wide web by the UN or anyone else.

More at The Hill.

As seen in the videos below, Rubio has long been against over regulating the Internet and has been sounding this alarm for years.