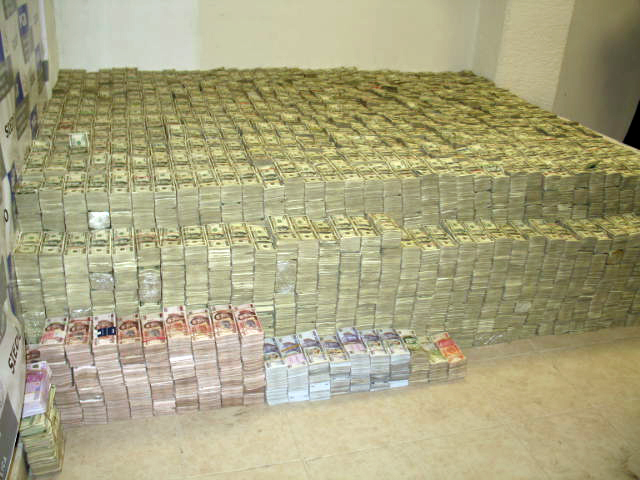 Originally published at The Daily Coin

Mac Slavo recently wrote an article about the horrors that are currently happening in Iraq at the hands of a band of vicious, blood thirsty murderers known as ISIS. He begins the article with “One thing that has become quite common in discussions about the possible collapse of our society is for people to romanticize what the world will look like”. A couple of days later I listened to an interview with one of my favorite analyst, Catherine Austin-Fitts. Ms. Catherine was asked about her story of the Red Button Problem. The Red Button Problem and “romanticizing” the horrors of a collapsed society are one-and-the-same. They just happen to run in opposite directions.

If you were faced with ending someone’s life could you, would you? Ms. Catherine’s study says you could not. I have to agree with her 100%. If you could end another persons life, one button, or end the narco-drug trade, narco-drug money laundering, another button, I would argue that violent crime and illicit drugs would not exist in our neighborhoods. If we summoned the courage to push either button the tenures of people like Nancy Pelosi, Lindsey Graham and Dianne Feinstein would be nothing more than a bad memory. Unfortunately, they are still dictating our lives and insuring that the narco-drug money laundering helps to keep the economy afloat.

If the narco-drug money stops flowing 401k plans would crash tomorrow morning. IRA accounts would tumble to zero within a matter of hours, our neighborhoods would be in tail-spin unlike anything any of us can even begin to imagine. See Mac’s article for details. Fortunately, when Mac wrote “The post collapse world will be violent and brutal” he allows us a glimpse of what a Mad Max world will actually look like. Catherine Austin-Fitts shows us the mechanism that creates it, the Red Button. That mechanism is the drug money generated by the drug lords inCentral and South America selling our children meth and cocaine. The Eastern countries like Afghanistan and Pakistan supply the heroin and the Indians and Chinese supply the bootleg merchandise. I am not pointing fingers at just these countries and saying they are “bad” or “evil”. The problem is right here in the United States of America. The problem begins on Main Street. That’s right, our streets, our homes. If we continually fund a 401k or an IRA, through the equities markets, then we need look no further than the mirror for the source of the problem.

By funding these accounts we give the banksters a vehicle in which to launder their narco, blood soaked fiat USDollars. While the banksters are at the heart of the problem the source of the funds to create the laundering mechanism is our accounts. The stock markets have to be the primary source for laundering the drug money. Where else would one launder billions of dollars annually?

If we believe we can pull the trigger then we should all put our conceal carry registrations to work. If we believe we could push the Red Button then we should close our 401k and/or IRA accounts and stop funding these unConstitutional wars, the drug lords that are supplying our children with heroin and bootleg merchandise and most importantly help stop funding these criminals on Wall Street and in Washington DC. Could you; would you? Are our children worth it? Is our spouse worth it? Do the values we talk about mean anything or are they simply words that come out of our mouths? Personally, I closed my 401k account over six years ago and I will never have another equities based account. I refuse to provide these criminals with the vehicle to destroy me and my family. I refuse to play their game or participate in their destruction of, not only of other nations, but the continual destruction of our nation.

I hope you are thoroughly pissed off right now, but not at me. Don’t forget to be pissed off at the source of the problem and act accordingly.