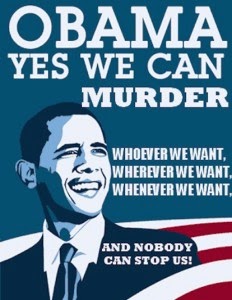 Barack Hussein Obama has given himself, and those he designates, the power to order the deaths of American citizens without ever having charged them with a crime in a court of law. Obama exercised this power when he ordered the drone strikes on Anwar al-Awlaki and Samir Khan. Two weeks later al-Awlaki’s 16-year-old son Abdulrahman was also killed in a drone strike in Yemen. When the boy went out looking for his father, not knowing that he had already been killed, he and several friends were blown apart by a Hellfire missile as they sat next to a campfire eating their dinner. The Obama administration says Abdulrahman’s death was a mistake.

The title of this video is 100% accurate. Now that Obama has successfully murdered three American citizens with barely a peep from Congress – and has successfully installed the author of his legal justification for the extra-judicial killings of American citizens onto the federal appeal’s bench – it is not a stretch to believe that he will eventually use this power domestically. One reason is because Attorney General Eric Holder and CIA director John Brennan have both refused to assure the American people that drones will not be used to kill American citizens without charges inside the United States. 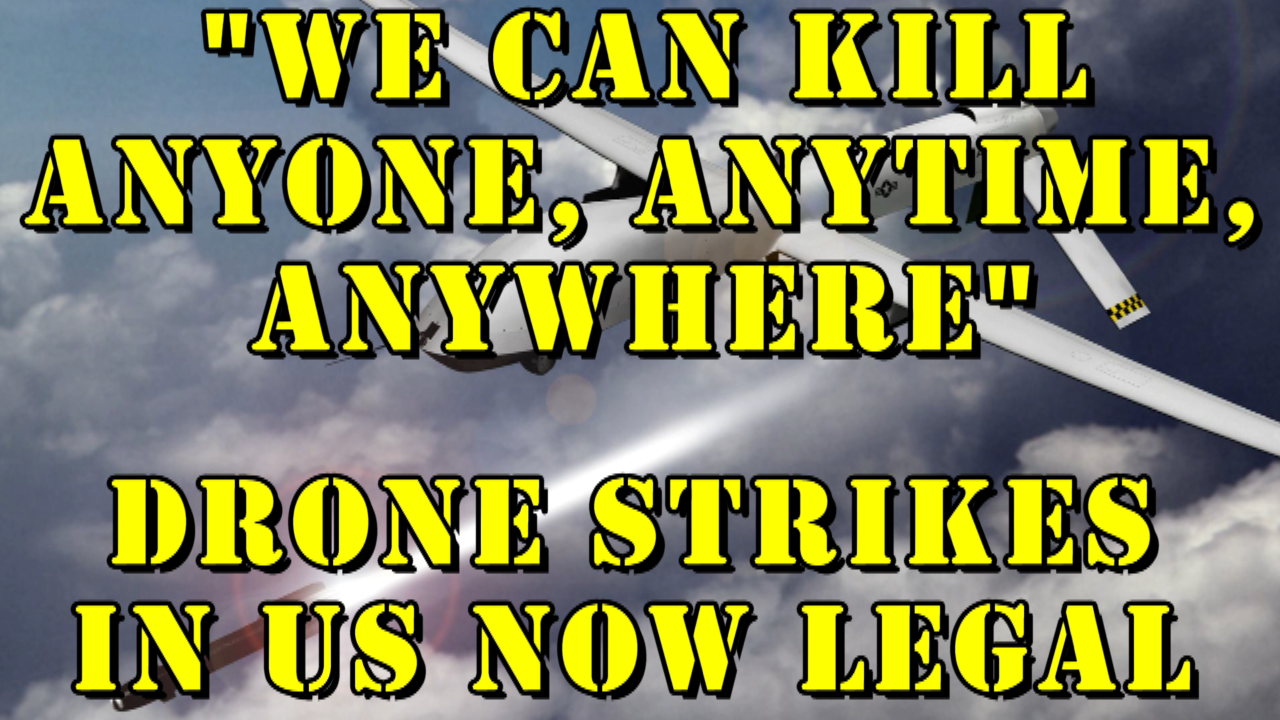 Over the next few minutes I’m going to prove how this is the most frightening concept in modern politics, an issue that affects every American citizen equally, regardless of their political beliefs. If you don’t watch another video today you must watch this one, and share it with your friends, because this is the most important issue affecting American citizens today. This is an issue that has been brought together critically thinking individuals from both sides of the aisle, uniting Tea Party favorite Rand Paul and the ACLU among others in an effort to save the Fifth Amendment and preserve the rule of law.

Out of all of the scandals currently confronting the Obama administration one might think ordering the death of an American citizen who has not been charged or convicted in a court of law, with no congressional oversight or judicial review whatsoever, might be at the top of the list of impeachable offenses committed by Barack Obama. When the merciless savages of Ansar al-Sharia attacked the CIA outpost in Benghazi four American citizens lost their lives due to enemy action, the government’s response – or lack thereof – became a cause cÃ©lÃ¨bre for congressional investigators; but when the president actually orders the extrajudicial deaths of American citizens who have never even been charged with a crime nobody cares. Why is this?
It is because the Republicans want to preserve that power for themselves. They don’t want to charge Obama with a crime for killing the al-Awlaki’s and Kahn because when he is out of office they hope to be able to do the same thing. Who needs pesky little things like the Fifth Amendment, trials, and representation by a lawyer before the government can just snuff out your life?
The Fifth Amendment states: “No person shall be held to answer for a capital, or otherwise infamous crime, unless on a presentment or indictment of a Grand Jury, except in cases arising in the land or naval forces, or in the Militia, when in actual service in time of War or public danger; nor shall any person be subject for the same offense to be twice put in jeopardy of life or limb; nor shall be compelled in any criminal case to be a witness against himself, nor be deprived of life, liberty, or property, without due process of law; nor shall private property be taken for public use, without just compensation.” 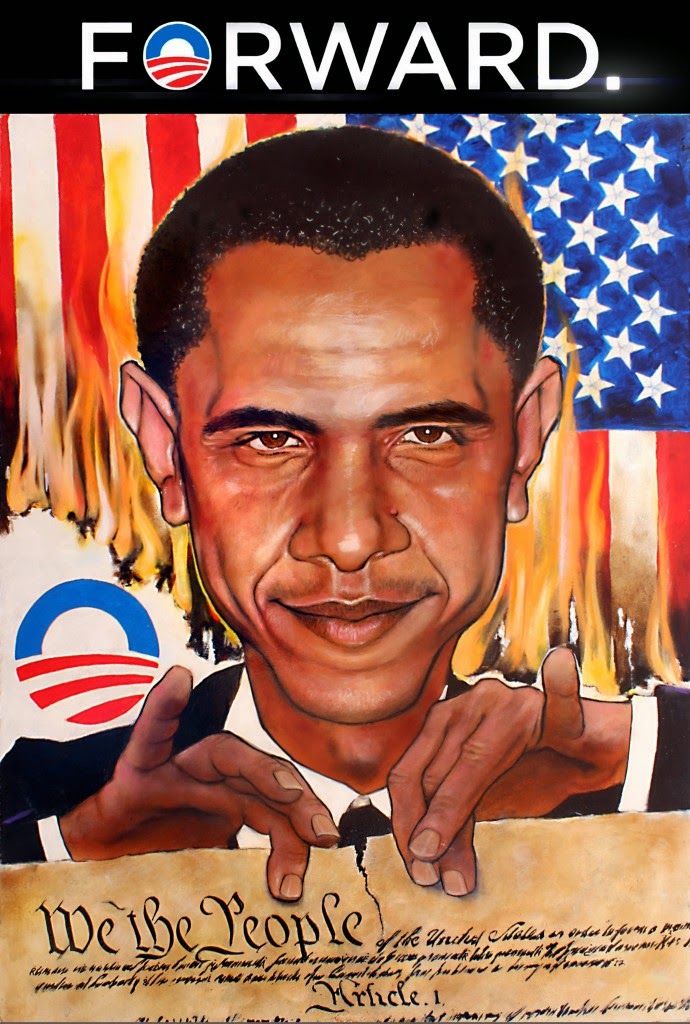 One does not have to be a lawyer to understand the meaning of the words “No person.” That is very unambiguous language and it was written that way by the Founders because they had just fought a bloody conflict to free themselves from the yoke of a tyrant king who, just like Barack Hussein Obama, thought that it is within his purview to hold the power over life and death with nobody but himself for counsel.

Writing as “Publius” in Federalist Paper #47, James Madison observed that “The accumulation of all powers, legislative, executive, and judiciary, in the same hands, whether of one, a few, or many, and whether hereditary, self-appointed, or elective, may justly be pronounced the very definition of tyranny.”

On September 30th 2011, Barack Obama became a Tyrant when he ordered the deaths of American citizens Anwar al-Alawki, Abdulrahman al-Alawki, and Samir Kahn. On September 30, 2011 the Republic of the United States fell and was replaced with what Madison correctly defined as a tyranny — and the ACLU agrees. 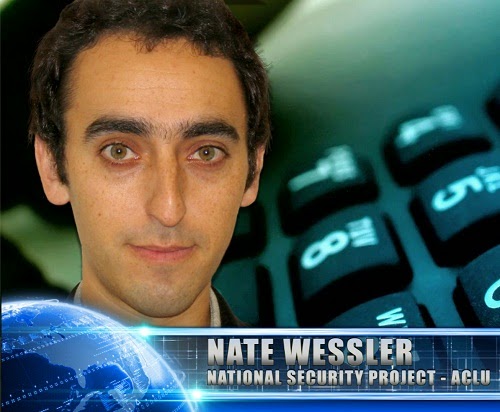 After al-Awlaki was killed ACLU lawyer Nate Wessler, who at the time was working for the ACLU’s National Security Project which handles the question of targeted assassinations by the United States government, appeared on The Truth Is Viral and said that the Obama administration was lawless. He said that Obama and his minions were acting as “judge, jury, and executioner” by denying these American citizens the right to a trial – any kind of trial — and taking their lives without any apparent due process whatsoever.

Rand Paul and the ACLU don’t normally have much in common, but in this interview with CNN’s Erin Andrews the senator said that the very idea of using a drone to strike an American citizen without first going through the courts is “appalling.”
On Wednesday, May 21st, Kentucky Senator Rand Paul gave an impassioned plea decrying the use of drones to murder American citizens without any sort of due process whatsoever in advance of a Senate vote to confirm David J. Barron to a federal appeals court judgeship. Barron is the chief architect of Obama’s drone policy as it applies to the extra-judicial killings of American citizens. His policy (a secret policy) was used to justify the killings of Samir Khan, and the al-Alawkis
Paul says that he is “appalled” and “horrified” that we now live in a country where a mere accusation is enough for Obama or those he designates to “legally” order the death of an American citizen – at home or abroad – without ever having charged that person with a crime in a court of law as was done in the case of Kahn and the al-Alawki’s.
Last week, the United States Senate voted to confirm Barron to a lifetime appointment to the Federal court. What good is having a Constitution if it can be ripped to shreds by activist judges and Presidential Executive Orders? 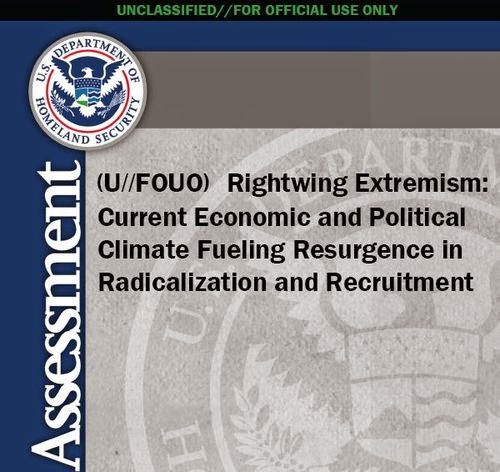 The most frightening thing about this entire issue is the complete lack of transparency. Even the process for determining the “guilt” of a targeted individual is, and will continue to be, classified. The entire idea of accusing a person of a crime and trying them in a court of law before a jury of their peers has been thrown out the window by the Federal government. And in case you haven’t noticed, the Department of Homeland Security has issued guidelines that determine who they consider to be a terrorist threat that can be broadly interpreted to include just about anybody. 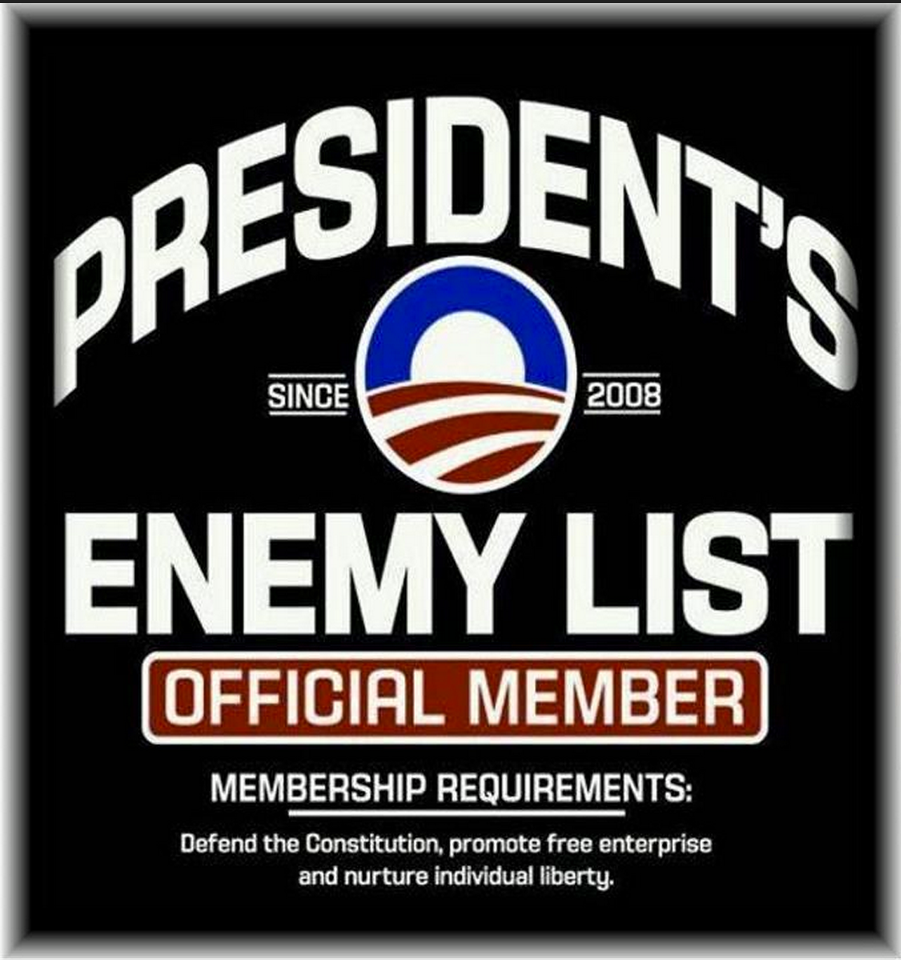 If you are on one of those lists — and if you aren’t on one by now you should be ashamed of yourself – the President and those he designates can declare you to be a terrorist threat and take your life without any Congressional oversight or judicial review whatsoever. Attorney General Eric Holder and CIA director John Brennan have both refused to say that drones will not be used to target Americans domestically, again without charges or a trial, and that thought is frightening – or should be – to Americans on both sides of the aisle.

In a letter from Eric Holder to the Senate,  the Attorney General said “It is possible I suppose to imagine an extraordinary circumstance in which it would be necessary and appropriate under the Constitution and applicable laws of the United States for the President to authorize the military to use lethal force within the territory of the United States. “
http://www.cnn.com/2013/03/05/politics/obama-drones-cia
http://www.cnn.com/2013/03/07/us/drones-five-things/index.html
Today, a Democratic American President named Barack Obama has the power to kill anyone he wants using only his pen and his phone. In 2016, that power could be transferred to a Republican President named Sarah Palin, Chris Christy, or Jeb Bush. And now they have backup to take the lives of any American citizen they choose on the Federal appeals bench.
Are you concerned now?
You can watch the entire, explosive, 30-minute interview with ACLU attorney Nate Wessler by clicking this link: http://bobpowell.blogspot.com/2013/02/aclu-lawyer-calls-obama-judge-jury.html
ADDITIONAL SOURCES:
http://www.huffingtonpost.com/2014/05/22/david-barron-drone-memo_n_5373015.html
http://rt.com/usa/158460-cia-director-metadata-kill-people/
http://www.cnn.com/2013/03/07/us/drones-five-things/index.html?iid=article_sidebar
http://www.cnn.com/2013/03/05/politics/obama-drones-cia
http://security.blogs.cnn.com/2013/03/05/holder-drone-strike-against-americans-in-the-u-s-possible/
http://www.bustle.com/articles/24154-rand-pauls-new-york-times-op-ed-on-drone-memos-sees-him-agree-with-the-aclu-for
http://www.nytimes.com/2014/05/12/opinion/show-us-the-drone-memos.html?_r=1
http://www.washingtonpost.com/world/national-security/us-to-reveal-justification-for-drone-strikes-against-american-citizens/2014/05/20/f607bb60-e066-11e3-8dcc-d6b7fede081a_story.html