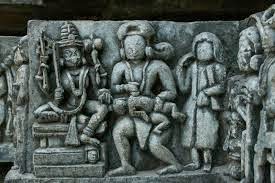 By now many have heard about the newest research results showing that “young blood” can help reverse the aging process as multiple news reports are shown in the video below declaring this line of research “fascinating,” and has been dubbed “Vampire Therapy.”

The thought of using young blood or any blood for that matter as a life, or energy giving substance, is not new and has been used in the world of the satanic occult for centuries. Legends of vampirism has been around since Vlad the Impaler, also referred to as Dracula. Child sacrifices have been used throughout the history of mankind, yet now it has gone mainstream as some miracle cure for aging, without a single mention in the mainstream media of the occult, nor the evil implications of using children’s blood as the fountain of youth for the older generations.

As is asked below, where will all this young blood come from? Why aren’t the media that is declaring this new finding so fascinating, asking this question? How did something with such dubious origins become a subject of research in the first place?

Is this yet another example of how our world is being infiltrated by evil or is this just another step in the greedy human quest for eternal life? Is there any doubt this will embolden occultists that sacrifice children?
The last question here would be, has the Luciferian agenda now gone mainstream?