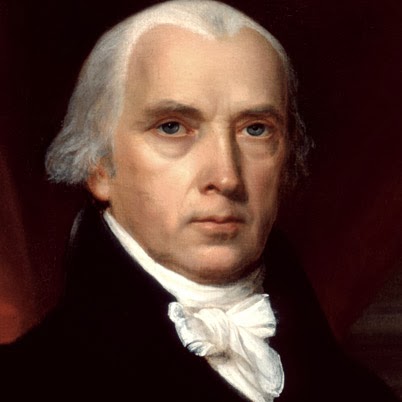 Writing as “Publius” in Federalist Paper #47, James Madison observed that “The accumulation of all powers, legislative, executive, and judiciary, in the same hands, whether of one, a few, or many, and whether hereditary, self-appointed, or elective, may justly be pronounced the very definition of tyranny.”

On September 30th 2011, Barack Obama assumed the mantle and title of Tyrant when he ordered the deaths of American citizens Anwar al-Alawki and Samir Kahn. Both men were born in the United States, a claim that can not be made by Barack Obama. Despite having had them under surveillance for 8 weeks during which time Navy SEALS or Marine Corps Force Recon could have extracted them (from the “friendly” country of Yemen) and returned them to the US for trial. Snake-eaters live for that kind of mission.

If alleged 9/11 mastermind Kahlid Sheik Mohammed can be arrested in Pakistan and returned for trial in the US, why did the US not even attempt to arrest al-Alawki and Khan? Probably because al-Alawki was a CIA asset who would have greatly embarrassed the US had he spoken in court; but that is beside the point.

When Barack Obama can order the death of an American citizen without ever having charged that individual with a crime in a court of law what else can he be called by a Tyrant and murderer? The 5th Amendment to the Constitution of The United States guarantees every American citizen the right to a trial before “Life, Liberty, or Property” can be taken by the government.

Al-Alawki and Kahn were never charged with a crime, not even in a secret FISA court; nor was al-Alawki’s 16-year-old son Abdulrahman who was murdered in a separate drone strike two weeks later. The only justification for the extra-judicial killings of these three American citizens given by the Obama regime has been deemed “Top Secret.” Even the process for determining their guilt has been classified, but it boils down to one man with a pen – a proven liar diagnosed as a Malignant Narcissist – sitting in a room claiming the ultimate power; the power of life and death.

No one man should have that power.

On this episode of The Truth Is Viral, Publisher Bobby Powell speaks to Chief Mark Kessler about this travesty and the tendency of the Obama administration to ignore the Constitution and the protections it provides to average Americans when it becomes inconvenient. What else might one expect from a disbarred lawyer like Obama, a Marxist/Muslim radical who admits he has an agenda to radically transform the United States of America?

This is also a highly personal episode as Bobby updates viewers about his wife DeLynn’s courageous fight against Colo-rectal and Liver Cancer and the future of The Truth Is Viral.

In this excerpt from a 40 minute interview with ACLU lawyer Nate Wessler, a member of their “Targeted Assassinations” team, he does the unthinkable. He calls Barack Obama “Judge, Jury, and Executioner.” Even the normally ultra-liberal ACLU now sees what a danger Barack Obama is to the concept of lawful, Constitutional government.

This next video is called “A New Declaration; Impeach Obama Now.” It was a pretty good list of Obama’s Impeachable offenses a year ago, ironically very similar to the crimes of King George just before the American Revolution, offenses that he has only added to in the months since this episode aired.