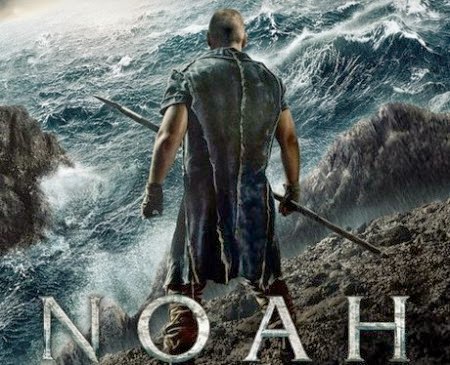 In a perfect example of irony, a theater in Exeter, England, was forced to cancel the screening of the movie “NOAH,” due to flooding. Not from the sky or rain but because an ice machine went haywire.

Considering some of the criticisms that have been leveled at the makers of the movie about the biblical Noah’s Ark, one could say, tongue in cheek of course, that God has spoken!

The scale of water may not have been as biblical as it was on the big screen – and it is unclear if any animals had to be rescued from the confines of the cinema — – but the irony wasn’t lost on cinema-goers.

In the first video below, it explains the criticisms referred to above, as shown by the video details which states “As we’ve reported NOAH, completely corrupts the biblical version of events to paint a picture of an earth suffering under the environmental extremism of man, but it also fully distorts the biblical story of Noah by making the fallen angels the good guys. The nephilim of the Bible corrupted the human race by mating with the sons of man; creating hybrid nephilim, teaching humans sorcery and war, and convincing man to worship the nephilim and their hybrid offspring as gods. It is this corruption of the human race that brought the floods, yet Hollywood now wants to rewrite history by portraying these fallen angels as the heroes in the story.”

The second video below is one of the official international trailers of “NOAH.”