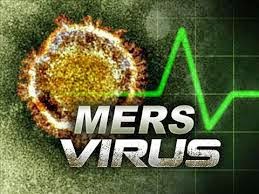 Two healthcare workers are have come down with flu-like symptoms after having been in contact with a Florida patient confirmed to have come down with the deadly Middle East Respiratory Syndrome (MERS), and according to CNN, 18 other healthcare workers have been told to stay home and not work for 14 days because they had contact with the same patient.

The two health care workers are among 20 in the Orlando area who may have been exposed to the MERS patient, and they are being tested for the virus, officials said. They were all notified and told to stay home and not work for 14 days, Crespo said. They also should monitor their temperatures and check for possible symptoms such as a cough, sore throat and fever.

Five health team members who may be at risk have been identified at Orlando Regional Medical Center and 15 at Dr. P. Phillips Hospital, Crespo said. They were all evaluated for signs and symptoms that would be consistent for MERS. Samples were sent to the state lab for testing, said Dr. Ken Michaels, medical director for occupational health at Orlando Health.

“I’m glad to report that I’ve spoken to most of these team members today. They all report that they’re doing great,” Michaels said.

On the 14th day, everyone involved will be brought back for further testing. Once medically cleared, they can return to work, officials said.

The CDC lists the countries dealing with MERS before the latest cases in the US:

Countries in the Arabian Peninsula with Cases

You can find out frequently asks and answered questions on this virus at the CDC website.