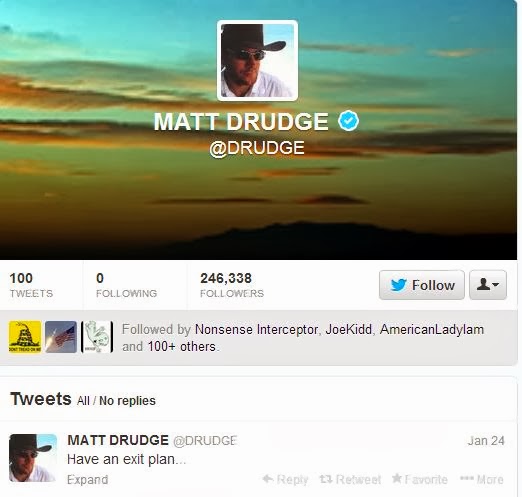 The economic indicators are bad, markets, the weakening dollar, banks preventing large withdrawals, news of China banks halting all cash transfers, in fact, economies across the globe are failing,  and much more has led to a simply, four word Tweet from  American political commentator and the creator and editor of the Drudge Report, Matt Drudge, that chillingly states “Have an exit plan.”

Consider what happened in Venezuela as shown in the articles within the video below, after the government devalued their currency, the Bolivar, for flights abroad, and airlines halted ticket sales for hours which prevented people from leaving.

Drudge’s words should be a warning to everyone, it is coming, it is almost here and “have an exit plan” ready.