Doctors and surgeons are speaking out publicly about the cancer cases coming out “faster than expected” from the Fukushima nuclear plant and the radiation that has inundated the surrounding areas after the 2011 earthquake and tsunami caused the nuclear plant in Japan to meltdown.

Marc Molitor, journalist with Belgisher TV (Belgium): A certain member within UNSCEAR told me that the report was written to play down the consequences of the Fukushima nuclear accident. Moreover, he also said that the members pretend not to learn the lesson from Chernobyl. There was seemingly a discussion on it.

In turn this has forced the maninstream media to finally acknowledge the cover-up that has been perpetuated by the highest levels of government and are now reporting that the UN has been falsifying reports as well. 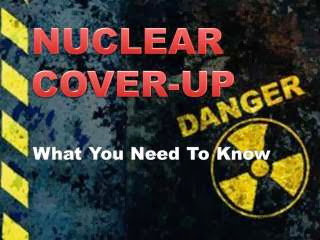