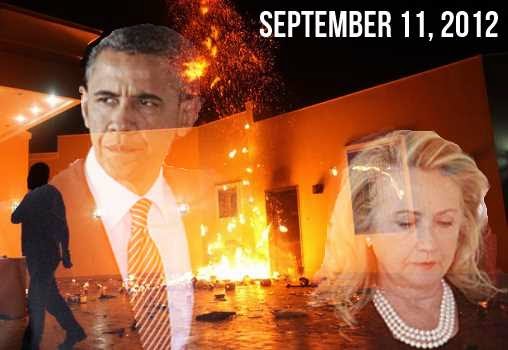 The Benghazi scandal is heating up again with a couple of newly revelaed items that has set the White House into playing defense again, a new House committee being set up investigate Benghazi and a letter sent to the White House demanding to know where Obama was the night of 9/11/12 while Americans in Benghazi, Libya were being slaughtered since it has been revealed the he was NOT in the situation room monitoring events, according to former National Security Council spokesman Tommy Vietor, who was in the situation room at the time, shown in the first video below.

The newly revealed documents were only forthcoming after Judicial Watch sent a Freedom Of Information Act (FOIA) request, which has taken all these months to receive a response to, but now has opened yet another can of worms for the Obama administration.

As shown in the video above, we know where Obama was not, but the only answers to date on where he was, is the comment that he was “in the White House.”

People have very short memories, so lets do a quick flashback, using the White House president’s schedule page, to jump back to the time frame in question.

On 9/11/12, the date of the terrorist attack in Beghazi, where four Americans were killed, Barack Obama was in the midst of campaigning for the 2012 presidential election and as reported at the time, the attack never slowed his campaign trips or speeches, one iota.

9/12/12 – After the Benghazi terrorist attack, and in the midst of demonstartions across the Middle East where embassies were being attacked, Barack Obama continued on with his campaigning with a scheduled trip to Las Vegas for a fundraiser!! Then off to Colorado for another one. 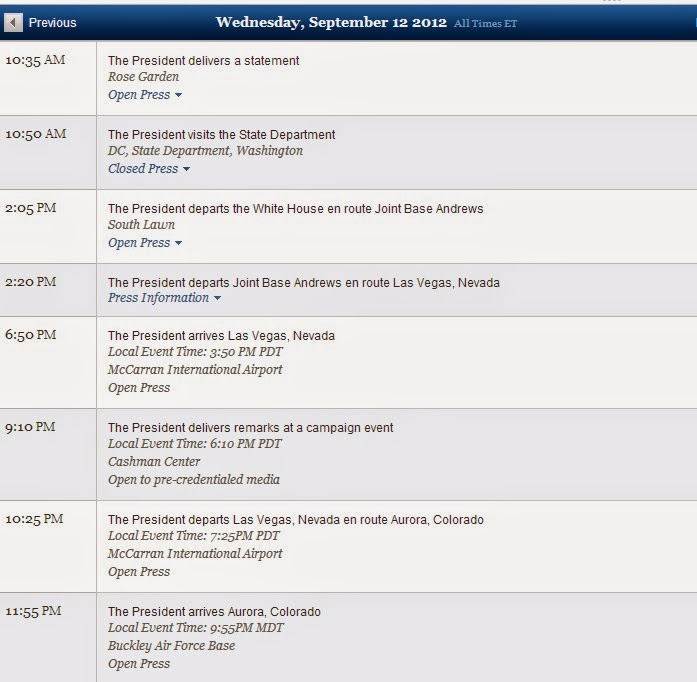 So, you see, the attacks on embassies, but more importantly, an attack against Benghazi, where four Americans including the Ambassador himself, were being slaughtered, paled in comparison to preparing for the next presidential election campaign event and packing his bags for those scheduled events rather than “monitoring” the situation real-time in the situation room. After all, he has “people” to do that for him, right?

Other Benghazi related issues that are now surfacing are discussed in the video below.