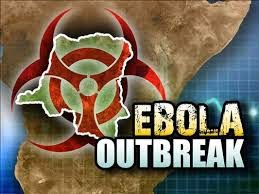 It isn’t the first time terrorists have tried this type of thing but it does go to show the evil of terrorism as Guineeinformation reports that Al-Qaeda in the Islamic Maghreb (AQIM) is actively searching Guinea, which has seen the most recent outbreak of Ebola and has killed up to 83 people to date, for items that contain the Ebola virus in order to infect themselves so they can become “Ebola Kamikazes.”

After translation the headline of the Guineeinformation article is “AQIM and Boko Haram in the forest in search of bodies and clothes victims of Ebola virus Guinea to replace suicide bombers.”

Some members of the NGO itself as representing Moroccan doctors who stayed in Guinea, the visit of King Mohamed VI in Guinea is already distributed with objects of victims, and the clothes they had taken from the corpses.

Others seek to access the graves of other victims in exchange for large sums of money against any information on the locations of graves.

The jihad of the West African region have opted for a new weapon more deadly for more victims of terror in their project. Technical inferiority to the armies of the sub-region, assisted by Western powers; AQIM and Boko Haram wants to find in this epidemic of Ebola, a way to paralyze the subregion and quarantine around the world.

Hopefully with the speed this virus kills, these Ebola wannabe Kamikazes will die well before reaching innocent towns, villages, cities, or managing to get on a plane and spreading it to another country.