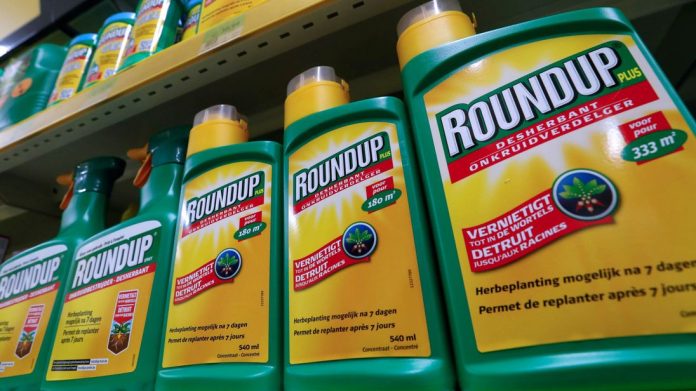 Back in 2016, I posed the question in The Ecologist whether regulators in the EU were acting as product promoters when it came to the relicensing of glyphosate, the active ingredient in Monsanto’s herbicide Roundup. The renewal of the license for glyphosate in the EU was being debated at the time and much evidence pointed to collusion between regulators and corporate interests whose sales of the herbicide add up to many billions of dollars a year.

In that article, I referred to evidence presented in various documents written by environmentalist and campaigner Dr Rosemary Mason. Now, in the wake of a new, important paper by Charles Benbrook (14 January) in the journal ‘Environmental Sciences Europe’, Dr Mason has lodged a complaint with the European Ombudsman accusing European regulatory agencies of collusion with the agrochemicals industry.

Mason has been writing to the European Chemicals Agency (ECHA), the European Food Safety Authority (EFSA) and the EU Commission over a period of 18 months, challenging them about ECHA’s classification of glyphosate. She notes that many people around the world have struggled to understand how and why the US Environmental Protection Agency and the EFSA concluded that glyphosate is not genotoxic (damaging to DNA) or carcinogenic, whereas the World Health Organisation’s cancer agency, the International Agency for Research on Cancer (IARC), came to the opposite conclusion.

The IARC stated that the evidence for glyphosate’s genotoxic potential is “strong” and that glyphosate is a probable human carcinogen. While IARC referenced only peer-reviewed studies and reports available in the public literature, the EPA relied heavily on unpublished regulatory studies commissioned by pesticide manufacturers.

In fact, 95 of the 151 genotoxicity assays cited in the EPA’s evaluation were from industry studies (63%), while IARC cited 100% public literature sources. Another important difference is that the EPA focused its analysis on glyphosate in its pure chemical form, or ‘glyphosate technical’. The problem with that is that almost no one is exposed to glyphosate alone. Applicators and the public are exposed to complete herbicide formulations consisting of glyphosate plus added ingredients (adjuvants). The formulations have repeatedly been shown to be more toxic than glyphosate in isolation.

In an unusual step, the editor-in-chief of Environmental Sciences Europe, Prof Henner Hollert, and his co-author, Prof Thomas Backhaus, weighed in with a strong statement in support of the acceptance of Dr Benbrook’s article for publication. In a commentary published in the same issue of the journal, they write:

“We are convinced that the article provides new insights on why different conclusions regarding the carcinogenicity of glyphosate and GBHs [glyphosate-based herbicides] were reached by the US EPA and IARC. It is an important contribution to the discussion on the genotoxicity of GBHs.”

The IARC’s evaluation relied heavily on studies capable of shedding light on the distribution of real-world exposures and genotoxicity risk in exposed human populations, while the EPA’s evaluation placed little or no weight on such evidence.

In the wake of the IARC’s evaluation, there has been an industry-orchestrated attempt to discredit or even destroy the agency.

You can read here – The European Regulatory Authorities are colluding with a corporation involved in the Holocaust – the document that Mason has submitted to the European Ombudsman. It includes all of her recent correspondence with various regulatory agencies (and their responses) that outline concerns about the toxicity of glyphosate and some of the methods that have been used to keep it on the market.

Mason has also written a scathing open letter to Bayer CEO Werner Baumann. You can read the open letter here (Monsanto was recently incorporated into Bayer).

In 2018, Colin Todhunter was named by Transcend Media Services as one of 400 Living Peace and Justice Leaders and Models in recognition of his journalism. Join him on Twitter