Home Editorials CIA Whistleblower: Obama’s Plans To Destroy US And Seize Power; 70 Agency...
Facebook
Twitter
Google+
Pinterest
WhatsApp
In the 1976 movie “Network,” news anchor Howard Beale
proclaimed, “We’re in a lot of trouble!” He had no idea.
We’ve watched as the Department of Homeland Security has
beefed up to the point that SWAT teams under DHS authority from no less than
seventy government agencies, including the National Weather Service and the
Library of Congress, can load some of their 2 billion rounds of hollow point
ammunition (enough to fight an Iraq-intensity conflict for 24 years) into their
thousands of brand new MRAPS and take down a major city as we saw recently in
Boston.
This is the “domestic army as powerful as the U.S. military”
that Barack Obama promised to raise when he campaigned for President; and according
to CIA whistleblower Dr. Jim Garrow, who has just come in out of the cold
world of international espionage after a 45-year career as a CIA operative in
China, he is about to unleash it upon the American people.

Dr. Garrow, revealed earlier this year that Obama was giving General officers in the United States military a “litmus test,” a loyalty test, asking if they would fire on American citizens. Over thirty high-ranking Admirals and Generals have been removed from duty in the past year, including teo Three-star generals in charge of nuclear weapons in just the past few days.

On Friday the Air Force fired Maj. Gen. Michael Carey, who was in charge
of its nuclear missiles., citing “alcohol abuse.” Two days earlier the Navy deep-sixed Vice Adm. Tim
Giardina, SAC’s second-in-command. The reasons given for his dismissals was “gambling.” 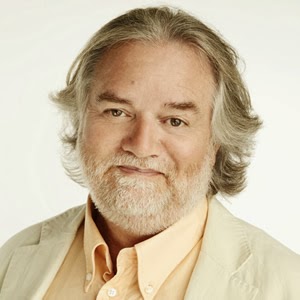 In this episode of The Truth Is Viral, Dr. Garrow tells
Publisher Bobby Powell the explosive truth about the origins of Barack Hussein Obama,
his parents and grandparents, and his Communist upbringing as a young Muslim
child who was schooled in an Indonesian Madrassa.

Even more shockingly, Dr. Garrow confirms information published by The Truth Is Viral last year that Obama relies on Iranian-born White
House advisor Valerie Jarrett to make foreign policy decisions. According to
another former CIA spy, Iranian-national Reza Kahlili, Jarrett has even been
conducting secret negotiations with Iran with the intent of betraying the United
States to the Iranians should hostilities break out with Israel, a scenario
that would necessitate the involvement of the United States.
Those hostilities could begin over Israeli retaliation for a
WMD attack launched from Syria by either the Iranian-backed government of
Bashar al-Assad or the al-Qaeda terrorists backed by Barack Obama, or they
could begin should Israel strike Iranian nuclear facilities. Either way, the
U.S. would be dragged into the conflict. With Russia and China recently
asserting influence and projecting forces into the Eastern Mediterranean, and
Russia especially stating that they would not allow U.S. airstrikes on Syrian
targets, the possibility for a much wider conflict is uncomfortably high.
According to Kahlili, who sits on the board of EMPact
America and is an advisor to the Congressional EMP Commission, the Iranians
already possess nuclear weapons, some of their own manufacture and at least two
purchased from the former Soviet republic of Kazakhstan. Dr. Garrow agrees with
Kahlili’s assessment that an EMP strike against the United States is possible,
combined with terrorist attacks perpetrated by Iranian agents already in place
inside the United States.
After an EMP attack, all electronics not specifically
hardened against an electro-magnetic pulse will be fried. There will be no
telephones, no internet, no way for Patriots to communicate with one another.
In the days after such an attack, the country would be in utter chaos and Obama
would undoubtedly declare martial law, sealing off major cities with the help
of his new private army and Russian and U.N. troops.
According to Dr. Garrow, this is the ultimate dream of
Barack Hussein Obama: To utterly destroy the United States and replace it with
a Marxist/Muslim tyranny. The Muslim Brotherhood has been shown to have
infiltrated the highest levels of the United States government. Valerie Jarrett
and Huma Abedin, Hillary Clinton’s most trusted assistant, are the most
visible; but there are dozens of Muslim Brotherhood operatives in place in
various federal agencies.
One FEMA employee, a man in charge of purchasing
weapons for the agency, was recently in the news because he has published a
radical Muslim Brotherhood-linked website that calls for the murders of gays,
Christians, and basically anyone who doesn’t submit to the Muslim Brotherhood’s
form of Islam.
Dr. Garrow goes on to talk about the murders of Andrew
Brietbart, Michael Hastings, and novelist Tom Clancy and the information that
they had about the Obama administration that led to their murders. He said that
Obama has no problem killing those who get in his way or try to expose his true
past or plans for the destruction of the United States.
According to Dr. Garrow, the People of the United States have been betrayed. Traitors sit
in the highest offices in the land and they control vast resources; and they
will not hesitate to crush any who would oppose their rule once this
Marxist/Muslim coup is complete.

Editor’s Note: An earlier version of this post incorrectly identified my guest as Dr. Jim Garrison in a couple of places; his name is Dr. Jim Garrow. I apologize for the confusion. ~ Bobby