Originally posted at Before It’s News by Susan Duclos 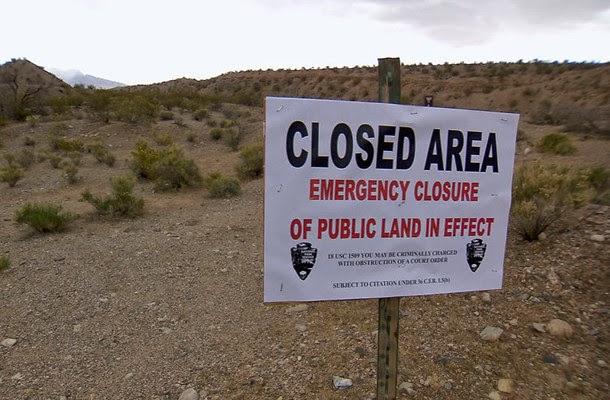 Starting with the methods being used in the case of the Bundy Ranch – China is known for violent “forced evictions” which is the practice of “involuntary land requisitions from the citizenry,” with no compensation and done generally to make room for development projects.

In the People’s Republic of China all land is public land, owned by the party.

Compare that with Nevada where 91.1 percent of the land is considered “federal” property, as reported in 2003 by the GSA’s Federal Real Property Profile. (Source)

The comaprison of what is happening at the Bundy Ranch and what happens in China has also been noted by Republican state Rep. Kelly Townsend who told Las Vegas Review-Journal “Watching that video last night created a visceral reaction in me. It sounds dramatic, but it reminded me of Tiananmen Square. I don’t recognize my country at this point.”

Of course it does, the US is now using China’s playbook.

In the first video below we find out from Mike Adams that in the 1990s, there was a congressional mandate to survey the land, coincidentally (if you believe in coincidences) the same time frame that the Bureau of Land Management decided the Bundy Ranch could no longer allow their cattle to graze on lands that have been used by their family since before the BLM even existed.

It is claimed this is all about fees Cliven Bundy has refused to pay, but the fact is he shouldn’t have to pay for something he already has preemptive rights to.

It is noteworthy that the Bundy Ranch has prescriptive grazing and water rights because Cliven Bundy’s family was there first, which ties into why reports about the BLM destroying their 100 year-old water tanks is critical to the events we are watching play out. As Ammon Bundy made crystal clear when speaking with David Knight from the Alex Jones show, the grazing and foraging rights are directly tied to those water rights.

A BLM document conveniently deleted from the BLM.gov website, but not before it was captured, provides smoking gun evidence that all actions taken against Cliven Bundy and his family, under the guise of saving the desert tortoise, stem from the governments desire to force the Bundy family off their land in order to create a solar plant for the Chinese. In yet another “coincidence” Harry Reid, whose spokesperson recently said “Senator Reid hopes the trespassing cattle are rounded up safely so the issue can be resolved,” is in to this up to is eyeballs, as his former senior adviser is the director of the Bureau of Land Management.

This issue has national attention now, thanks to the alternative media forcing the MSM to report the events occurring now with the Bundy family, the militias there to protect the family from the BLM, the violence already seen, including throwing a pregnant woman to the ground, tasing Bundy’s son, and using K-9s against those supporting the Cliven Bundy and stealing the Bundy cattle.

Here is the bottom line: Just like in China, where the government takes property without due process and persecutes people who want to believe something, the Chinese are now using their cash and influence with politicians in other countries to get what they want.

BLM agents have a choice before them now……. either continue along the same vein they have been and risk starting a civil war all for the sake of China, using the same means the Chinese have been using of “forced evictions,” or side with Americans and protect the last rancher standing in Bunkerville, Nevada.