Gary Franchi interviews writer and radio host Pete Santilli to discuss the ongoing situation at the Bundy Ranch and the illegal activities on the part of Harry Reid, the Bureau of Land Management (BLM) and federal officials after the range war and face off between Bundy supporters, including militia members, Santilli himself and Bundy neighbors. 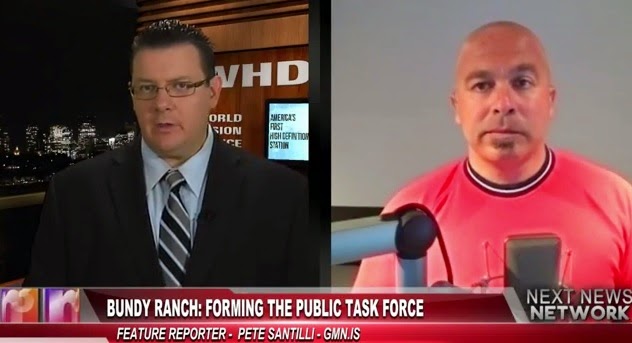 The BLM executed bulls, slaughtered cattle and threw them in mass cattle graves, abused supporters by throwing one woman to the ground and tasing a Bundy son, destroying hundred year old water tanks and other private property, just to name a few things that the a new “Peoples Task Force” will be exposing, and bringing charges against the appropriate federal agencies and others involved in the aforementioned illegal activities.

Harry Reid will be held to account legally, asserts Santilli.