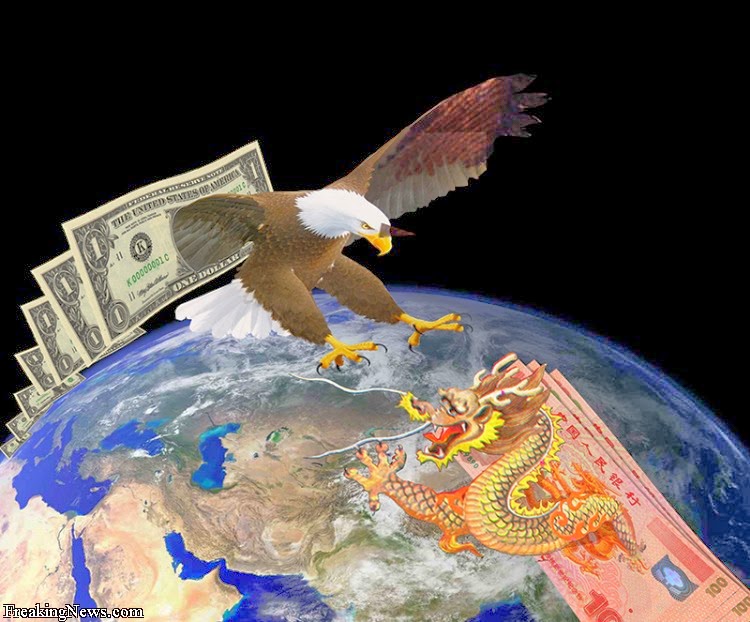 The Dinar Recap has a very interesting post from a member named “Memphis,” which starts with “Just days ago New Zealand penned currency swap agreements with China and then yesterday we saw this,” then goes on to quote MSM reports that “central banks of Germany and China signed an agreement on Friday to facilitate transactions in the Chinese currency in Frankfurt, the Bundesbank said, making Germany’s financial capital the first hub for such payments in Europe.”

In following up on that post and the original article, the EuroNews reports Chinese President Xi Jinping said in a speech that “setting up the hub for the renminbi in Germany “represents an important step on the road of the internationalization of our currency.“

The takeaway from the Dinar Recap:

Memphis Continues: So we have (coincidentally) evidence this very week that the world’s central banks are hastily making arrangements that allow them to SPECIFICALLY drop the USD in their trade. This has become such a common theme that I even labeled it an “acceleration”!

Is this yet another nail in the US Dollar’s coffin?

It seems as if country after country is paving the wave for China to get it’s wish of dumping the US Dollar as the reserve currency and remember, China has been hoarding gold, so they, unlike the US, has something backing their currency rather than being paper that is almost worthless because it is not backed by anything as the US Dollar is becoming.