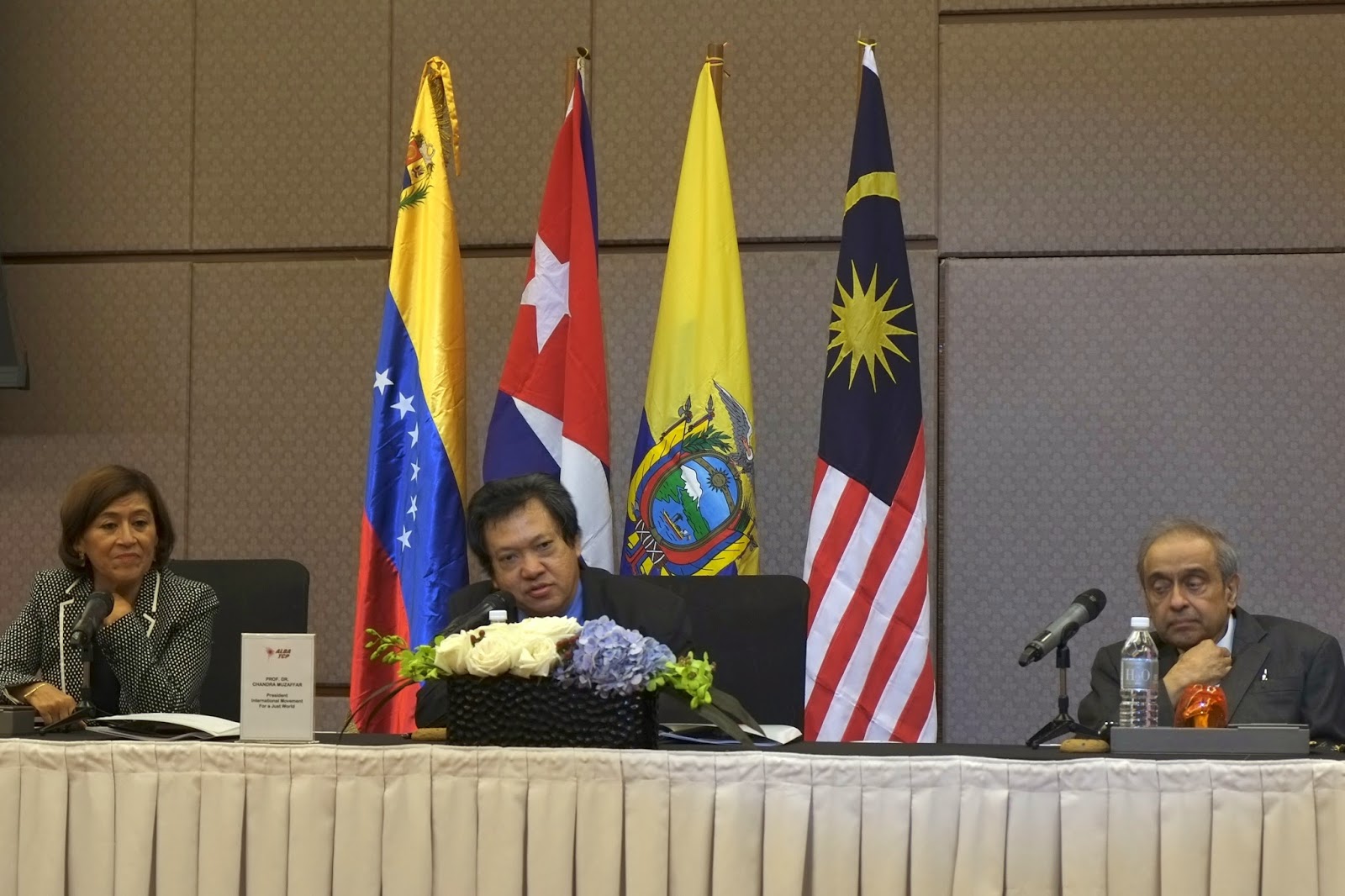 From continent to continent, policies promoting regional integration have become a core tenant of 21st century development strategies. Whether laying the foundations of transportation and communication infrastructure or shaping trade opportunities, broader market access and economic development, the politics of regional integration are central to consensus building and cooperation in our era.

Regional integration in itself, however, has not proven to a recipe for dynamic policies — as evidenced by public disenfranchisement with traditional politics throughout the European Union. The growing popularity of once-fringe nationalist parties throughout Europe should be seen as a response to economic policies centered on liberalization and denationalization by broad deregulation and austerity measures; a disproportionate focus on free trade; the erosion of state sovereignty by supranational bylaws and one-size-fits-all monetary policies.

Events that have unfolded in Latin America over the last decade, although woefully underreported by the globe’s dominant media outlets, have set an example that demands a reevaluation of conventional regional integration strategies. The embassies of Cuba, Venezuela and Ecuador recently held a panel discussion in Kuala Lumpur to commemorate the 10th anniversary of the Bolivarian Alliance for the Peoples of Our America — Treaty of Commerce of the People (ALBA-TCP), an alternative regional development platform for the countries of Latin America and the Caribbean.

Since its formation in 2004, originally as an alliance between Cuba and Venezuela, the ALBA grouping has positioned itself as an alternative to the proposed Free Trade Area of the Americas (FTAA) agreement championed by the United States, which sought to remove trade barriers and introduce sweeping intellectual property laws that would have limited the cross-importation of pharmaceuticals. Ecuador, Bolivia, Nicaragua, and several other Caribbean states later joined the ALBA bloc.

Liberalizing trade regimes and economic policies have failed to achieve economic development and alleviate poverty in Latin America, according to Lourdes Puma Puma, Ambassador to Ecuador in Malaysia, during her address to the panel, explaining the factors that contributed to the expansion of ALBA into a nine-nation regional grouping. Based on the emancipatory ideas of SimÃ³n BolÃ­var and JoseÌ Marti, both being historical figures that symbolize the independence of Latin American nations from colonial Spain, the ALBA grouping defines itself by emphasizing policies that create social uplift and focus more on complementarity rather than competition.

ALBA’s unique significance compared to other regional organizations, according to Dr. Chandra Muzaffar, President of the International Movement for a Just World (JUST), is precisely on the tremendous importance it places on human welfare and social justice with programs that provide free medical care and treatment for the disabled. ALBA’s integration strategy is built on the foundations of a people-centered, inclusive model though prioritizing the common distribution of medicines, emphasizing food self-sufficiency, and ambitious projects to eradicate hungry and illiteracy.

One of the features of ALBA’s complementarity economics is the use of compensated trade through direct product exchanges so that countries can use their resource advantages in a mutually beneficial way that doesn’t necessarily imply a financial transaction. A common example of this is how Venezuela provides oil to Cuba in exchange for doctors and healthcare professionals; this system of trade-offs also includes educational and medical services, scientific projects and commodities.

Cuba, which has punched far above its weight in the fight against Ebola, has more doctors per capita than any other country in the world by virtue of its state-run healthcare system. One of the crowning achievements of ALBA’s partnership has been the ‘Operation Miracle’ project that saw the deployment of Cuban ophthalmologists across Latin America to perform surgeries on vision-impaired people suffering from cataracts and glaucoma. Some 3.4 million people have had their sight restored, free of charge.

Throughout the ALBA bloc, 1.2 million disabled people have been treated while more than 2 million consultations have taken place. Another regional initiative has been the Grand-National Project of Literacy and Post-Literacy, offering universal primary education. More than 3.8 million people have been made literate through the “Yo si peudo (Yes I can)” program to promote reading and writing, which has been recognized by UNESCO. ALBA has also incentivized scholarships for higher education and academic exchanges within the bloc.

Contrary to traditional regional economic intergradation schemes that encourage the scaling back of the state in favor of the market, ALBA countries believe that the state has a role to play in regulating economic activity in the interest of maintaining social welfare. As both an economic and political alliance, the grouping shares common positions on the principals of sovereignty, multi-polarity, self-determination, environmentally sustainable development strategies and an opposition to interventionism and war.

ALBA’s drive to create a complementary economic zone with PetroCaribe, a separate grouping between Venezuela and Caribbean states, has enormous potential for development as a region encompassing 21 nations within a 7 million km zone, boasting a workforce of 60 million people. Investment opportunities are also aplenty, in areas ranging from mining and energy to tourism. The grouping has also launched a bank and a digital currency — the Sucre — as a mechanism for international payments and the use of local currency for payment of imports, in addition to reducing dependence on US dollar transactions.

The United States, with its long-standing hostility toward Cuba and continued unilateral blockade of the island’s economy, views the independent direction of ALBA as an affront to its interests. ALBA countries believe that the media coverage of developments in Latin America throughout the West are tinged with bias and misinformation, which led the bloc to introduce a number of television and radio stations such as Telesur and AlbaTV to present their side of the story to international and domestic audiences.

There are undoubtedly challenges ahead as ALBA solidifies its indigenous regional integration model and deepens cooperation with other regional blocks in Latin America, such as CELAC and Mercosur, of which many ALBA states are participants. In attempting to reverse the legacy of hegemony and dominance in the region, the nations of ALBA understand the limitations of the nation-state. A regional body has far more clout to enact systemic changes that the people of Latin America have been enormously supportive of.

SimÃ³n BolÃ­var once said that it was the inexorable destiny of Latin America to be united — there is no question that ALBA is at the forefront of this struggle for dignity and social justice.

This article was appeared in the November 26, 2014 print edition of The Malaysian Reserve newspaper.
Nile Bowie is an independent journalist and political analyst based in Kuala Lumpur, Malaysia. His articles have appeared in numerous international publications, including regular columns with Russia Today (RT) and newspapers such as the Global Times, the Malaysian Reserve and the New Straits Times. He is a research assistant with the International Movement for a Just World (JUST), a Malaysian NGO promoting social justice and anti-hegemony politics. He can be reached at nilebowie@gmail.com.