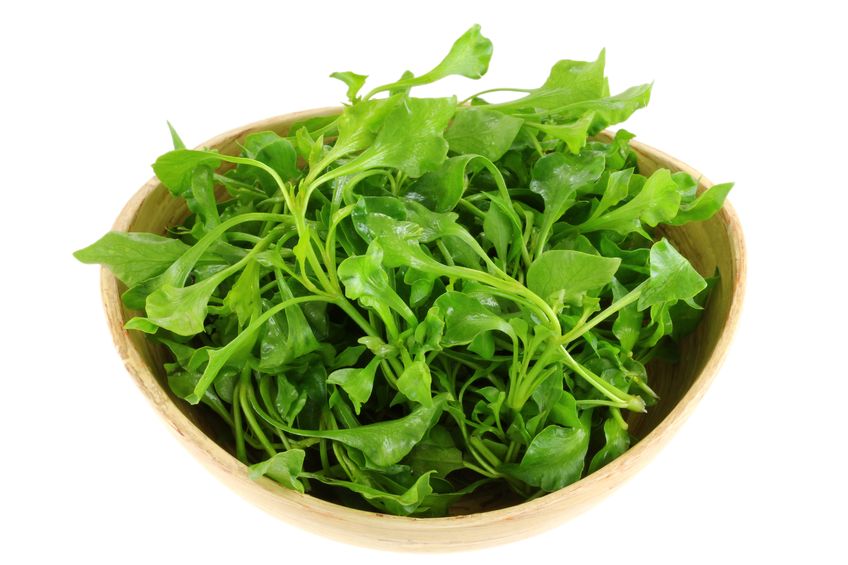 According to a study conducted at the University of Southampton and published in the British Journal of Nutrition and Biochemical Pharmacology, the plant compound known as phenylethyl isothiocyanate, may suppress breast cancer cell development. It works by turning off a signal in the cells which is necessary to cancer cell growth.

When cancerous tumors outgrow their blood supply, they send out signals to normal tissues to feed them oxygen and nutrients. This compound in watercress interferes with those signals. That results in the starvation of the cancerous growth by blocking essential blood and oxygen.

Prior studies had found the same plant compound to be effective in blocking the growth of prostate and colon cancer cells.

In the current study a small group of breast cancer survivors ate a bowl of watercress and then had their blood tested over the next 24 hours. The researchers found significant levels of the plant compound in the blood following the watercress meal. The signaling function was also measurably affected in the blood cells of the women.

The researchers were encouraged but believe that more work needs to be done to determine the direct impact watercress has on decreasing cancer risk.

Watercress is a member of the cabbage or cruciferous family. Although much more delicate than its relatives, kale, broccoli, arugula, mustard greens and collards, watercress offers many of the same health benefits including a wealth of antioxidants. Some studies show that eating broccoli and its cousin watercress decreases breast cancer risk.

Watercress is an excellent source of calcium and is rich in iron, zinc, potassium and magnesium. It also provides vitamins C, A, E and K as well as the B vitamins, including folate.

Watercress has been recommended to ensure eye health because it contains a rich supply of two carotenoids, lutein and zeaxanthin which protect against cataracts.

In herbal practices it’s used to help to normalize cholesterol and blood pressure, and as a blood cleanser and breath freshener.

Watercress was used in ancient Egypt and it has a long history of medicinal use. The ancient Greeks provided it to their soldiers for stamina. Some African tribes believed it was an aphrodisiac.

Crisp and peppery, watercress has a real bite. It can be used in salads and soups and on sandwiches. Watercress is often juiced to optimize its antibiotic properties. It’s best to eat it fresh. Watercress is widely available in markets and can sometimes be found as a hydroponic plant.