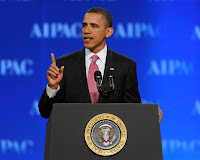 What is the real agenda?

Why is the obama Regime so desperate to commit a war crime despite the warnings delivered to the White House Fool two days ago by the most important countries in the world at the G20 Summit?

What powerful interest is pushing the White House Fool to act outside of law, outside the will of the American people, outside the warnings of the world community?

The obama Regime has admitted, as UK prime minister david cameron had to admit, that no one has any conclusive evidence that the Assad government in Syria used chemical weapons. Nevertheless, obama has sent the despicable john kerry out to convince the public and Congress on the basis of videos that Assad used chemical weapons “against his own people.”

What kind of depraved person would take the world to war based on nothing whatsoever but an unsubstantiated allegation?

The world’s two worst liars, obama and kerry, say Assad did it, but they admit that they cannot prove it. It is what they want to believe, because they want it to be true. The lie serves their undeclared agenda.

If obama and kerry were to tell the public the real reasons they want to attack Syria, they would be removed from office.

The entire world is teetering on a war, the consequences of which are unknown, for no other reason than two people, devoid of all integrity who lack the intelligence and humanity to be in high office, are determined to serve a tiny collection of warmongers consisting of the crazed, murderous Israeli government and their Muslim-hating neoconservative agents, who comprise a fifth column inside the obama Regime.

The Russian government has given evidence to the UN that conclusively proves that the al-Nusra, al-Qaeda affiliated invaders are responsible for the attack. There is also conclusive proof that the “rebels” have chemical weapons. In addition, a highly regarded journalist has reported, using direct quotes and the names of al-Nusra fighters, that the chemical weapons were given to al-Nusra by Saudi Arabia without proper handling instructions, and that an accidental explosion occurred before al-Nusra could use the Saudi-supplied weapons to frame-up the Assad government.

The indisputable fact is that Syrian deaths occur only because Washington initiated the invasion of Syria by external forces similar to the ones that Washington used against Libya. However the deaths occurred, the deaths are the doings of the criminal obama Regime. Without the criminal obama Regime seeking the overthrow of the Syrian government, there would be no deaths by chemical weapons or by any other means. This was a war initiated by Washington, Israel, Israel’s neoconservative fifth column inside America and the White House, and the captive western media that is bought and paid for by the Israel Lobby.

Assad did not start the war. The Syrian government was attacked by outside forces sent in by Washington and Israel.

Assad has much higher public support in Syria than obama has in the US, or cameron has in the UK, or hollande has in France, or merkel has in Germany, or netanyahu has in Israel.

The White House Fool keeps repeating his nonsensical statement, as if the Fool is a wound-up talking doll, that Assad’s unproven “use of chemical weapons is a threat to global security.”

Dear reader, who besides the White House Fool is so unbelievably stupid as to believe that Syria is a threat to world security?

Isn’t it a threat to international security when a superpower can, acting on a whim, demonize a leader and a country and unleash mass destruction, as the US has done seven times in the past twelve years? There are millions of innocent but demonized victims of the “indispensable, exceptional USA,” the “light unto the world.”

Forget about the US media, which is nothing but a propaganda ministry for the Israel Lobby. What the members of Congress and what the American people need to ask obama is why does the White House only represent the Israel Lobby?

No one supports an attack on Syria but the Israel Lobby.

Why is obama going to add yet another war crime to Washington’s 12-year record? Wasn’t it enough to destroy the lives and prospects of millions of people in Afghanistan, Iraq, Libya, Somalia, Pakistan, Yemen, and Egypt? Why kill and destroy the life prospects of yet more millions of people in Syria and other countries into which obama’s war could spread?

Maybe the answer is that obama, kerry, and the crazed netanyahu and his neoconservative fifth column are zombies.

This article first appeared at Paul Craig Roberts’ new website Institute For Political Economy. Paul Craig Roberts was Assistant Secretary of the Treasury for Economic Policy and associate editor of the Wall Street Journal. He was columnist for Business Week, Scripps Howard News Service, and Creators Syndicate. He has had many university appointments. His Internet columns have attracted a worldwide following.