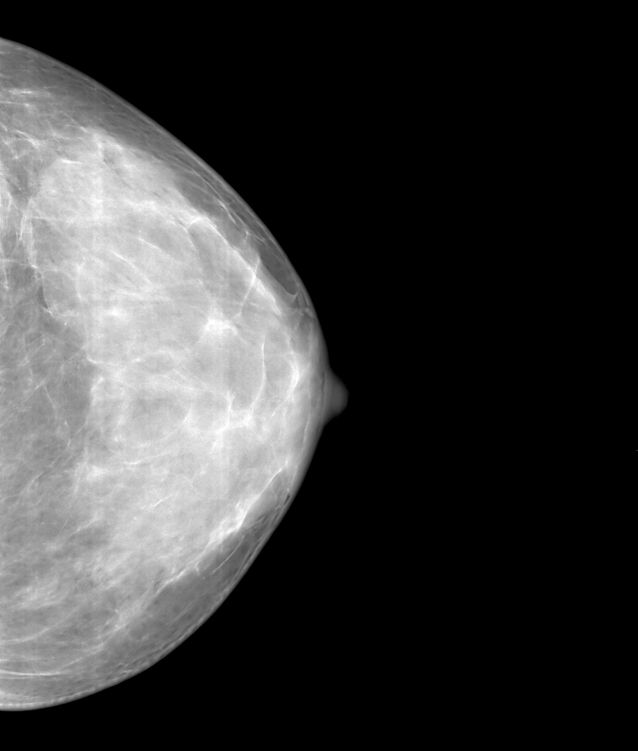 Breast cancer screening methods aimed at “early detection”, whether they are orthodox tests such as mammography or alternative modalities such as thermography, have been marketed as procedures of “preventive medicine”, allegedly helping to decrease mortality from breast cancer.

A principal reason for this finding of harm is that screening for early forms of breast cancer leads to overdiagnosis. That is, the detection of pseudo-cancers or non-cancers -“cancers” that would not cause harm, such as the demise of a patient during her lifetime, if not detected and treated. All of these “cancers” tend to get treated aggressively with conventional cancer therapies, causing significant collateral damage, including death, to basically healthy women as breast cancer screening is marketed primarily towards healthy women.

Why Do All Breast Cancer Screening Tests Cause Serious, Unnecessary Harm?

An “alternative” to a conventional approach, akin to a “natural” product versus a non-natural product, isn’t necessarily safe or without serious risks, as such “non-mainstream” services and products are often portrayed.

Much of the public has been led to believe that alternatives to mammograms are non-harmful because they don’t incur radiation toxicity. But the radiation problem is an “intrinsic” issue of mammography while all imaging modalities are still rooted in, and an outcome of, the largely unscientific medical theories about breast cancer.

Overdiagnosis from diagnostic screening modalities is predominantly the result of a LACK of sound science (instead we have medical dogmas) about breast cancer, not something specifically and exclusively related to mammography, rendering mammogram alternatives also problematic.

If you’re basic premises on breast cancer are strongly erroneous, unclear, and ambiguous, diagnosis and treatments will naturally be too.

Research studies have found that overdiagnosis with cancer screening is highly prevalent and significant, encompassing numerous categories of cancer (e.g., prostate, lung, and thyroid cancer) and several imaging modalities such as mammography, MRIs, and ultrasound [1-4]. And as explained above, overdiagnosis means needless overtreatment (=unnecessary harm).

Also, overdiagnosis is a pertinent reality with any type of screening method of early detection of breast cancer.

● because all diagnostic screening tests of early detection of breast cancer are in use and promoted based on the medical ASSUMPTION that a breast “cancer” is going to progress linearly and universally into an advanced, progressive type, hence it needs to be detected early and eradicated per that theory. Plenty of sound scientific evidence refutes this notion of breast cancer progression. It was demonstrated, for example, that even a severely mutated cancer tissue doesn’t necessarily or predictably evolve into a progressive, fatal cancer (references in my ebook “The Mammogram Myth”).

Wrong notions seldom produce good or reliable results (at least for most people).

The ramification of this is that orthodox medicine is treating a lot of breast “cancers,” no matter the screening method they are found by, that either would never progress (or only insignificantly) to harm the patient in her lifetime or that (entirely) regress (references in my ebook “The Mammogram Myth”).

A disease, like health, is a fluid, non-static “state”. It is affected by a myriad of factors, constantly steering the human organism into either a constructive or degenerative direction of being. This multi-factorial, ever-changing situation proffers plenty of opportunity for positive modification, at any age, in terms of an individual’s “state” of health.

However, this window of change (“plasticity”) is greatest when a disease such as breast cancer is in the early stages, narrowing steadily and progressively roughly in proportion to the continuation of degeneration of the tissue abnormality. Therefore, it seems most reasonable to put strong emphasis on assisting the body in constructively re-directing the course of (particularly) EARLY-STAGE breast “cancer” instead of eradicating it with toxic traditional cancer therapies, especially since all invasive cancer treatments increase the risk of secondary cancer (frequently metastatic) and mortality. But generally, what follows a diagnosis of breast cancer is a destructive, rather than a constructive, approach of “cure”. While thermography is advertized as non-invasive, totally painless, and “respectful” by its proponents, numerous early breast “cancers” discovered by it end up getting treated with invasive, “disrespectful” orthodox cancer treatments, making thermography only appear “respectful” on the surface.

Here is where a big danger of unnecessary harm lays with some mammogram alternatives (certainly if a breast cancer diagnosis is followed up with orthodox cancer therapies). MRIs and thermography, for instance, are touted as finding breast cancer at even earlier stages than mammograms, when at or near the abnormal tissue growth’s peak of regenerative capability and possibility (that can result in, for example, the spontaneous regression of the tissue abnormality). Why seriously harming the body at a time when it has the biggest probability of successful recovery in the absence of clear scientific evidence that screening for early breast cancers leads to a decrease in breast cancer mortality?

● because, at present, medical science cannot reliably predict, based on cell histopathology, whether a breast “cancer” is going to be a progressive (=likely fatal) or non-progressive (=basically harmless) cancer (references in my ebook “The Mammogram Myth”).

Ambiguous notions seldom produce good or reliable results (at least for most people).

As long as the medical profession doesn’t truly know what it is actually treating (a real or pseudo cancer), any screening method (with its aim and function of “digging up” tissue abnormalities, that is breast cancers), whether orthodox or alternative, is inescapably going to inflict large and significant damage, in particular over the long run and because of the large scale of screening implementation. Nevertheless, it is not uncommon for avid proponents of mammogram alternatives to miss or disregard this scientific reality.

Therefore, if you detect a lot of early breast cancers, particularly with screening tests that are credited with being better in discovering them, such as thermography and MRIs, you are increasing the pool of cancers that potentially and actually are going to get treated unnecessarily. As a consequence, overdiagnosis is conceivably even larger with certain mammogram alternatives, but at a minimum it is likely significant (as with mammography). For example, overdiagnosis from MRI usage for breast cancer detection is extensive, causing massive damage [3].

Thermography, an alternative non-invasive imaging test using infrared technology to detect inflammatory heat patterns and distribution of body surface temperatures of breast tissue, also cannot reliably determine and predict if a (potential) breast cancer is going to progress or not based on markers of thermal abnormalities even though the method is based on rather valid physiological events.

For instance, thermal abnormalities, as spotted by thermography, are not present in all breast cancers because there’s a wide variety of cancer tumors emitting different amounts of heat due to differences in the formation of (new) blood vessels (angiogensis) and metabolic energy output [5,6]. In a group of confirmed breast cancer patients no difference in 5-year survival was recorded between those who had a thermograpic abnormality and those who did not [7]. The differentiation between a malignant breast cancer and a benign tissue growth, such as fibrocystic mastopathy, is seriously challenging or impossible with the use of thermography [8], although newer infrared imaging technology has made significant strides in this regard [9]. At least one study [6] reported no link between a temperature abnormality and the proliferation rate of the examined breast cancers.

Thermography only measures SURFACE skin temperatures. If a breast cancer develops near the chest wall, for instance, its thermophysical signature (conceivably) wont register on the surface. Another obstacle diminishing the predictive dependability of this imaging tool centers around the difficulty in accurately interpreting a thermogram [10], in part, because of a lack of a standard protocol guiding clinical interpretation of images [11].

Also, since the “early detection” of breast cancer with mammography hasn’t (notably) reduced breast cancer mortality, what valid, reliable evidence is there suggesting a mammogram alternative, geared also at early detection, would be significantly beneficial? For example, no randomized studies have been conducted on MRIs, ultrasound, and thermography [12].

Some investigative data on thermography revealed that the test did poorly in discovering primary breast cancers [13,14]. Some researchers maintained that there is insufficient adequate and solid scientific data substantiating the value of thermography [15,16].

A few cancer screening scientists had cautioned that “Given the potential for serious harms in healthy individuals, screening should be offered only when the benefits are firmly documented and considered to outweigh the harms […].” [17 (emphasis added)].

When faced with a lack of credible data on the clear benefits of a screening method, considerable scientific certainty the test doesn’t inflict much serious harm becomes imperative. This, however, is very problematic to ascertain when the worst types of harms from breast cancer screening, including from mammography and alternatives such as MRIs and ultrasound, routinely remain undisclosed in the medical literature [17].

The rationale of traditional medicine, fueled heavily by a dogmatic commitment to their unscientific theoretical notions about breast cancer, is to generally treat, as a precaution, all forms of breast “cancer” as some tissue abnormalities will evolve into progressive malignant breast cancers. Yet, this general practice totally violates what the medical establishment officially promises and wants the public to believe about the industry: ‘first, we do no harm’.

The sad reality of overdiagnosis is that many basically HEALTHY women end up routinely getting invasive cancer treatments, causing -unnecessarily- enormous harm, including the causation of real cancer and premature death. The fundamental predicament is sort of like sending a lot of INNOCENT women to prison for many years, in some instances, for the rest of their lives. What woman would cheerfully volunteer for such a precarious scenario (=screening for early breast cancer) if she knew the basic reality underlying the medical test?

Don’t forget, this is no small matter. It is a scientific certainty that millions of healthy women have been seriously harmed and killed by overdiagnosis because of the widespread implementation of these various diagnostic screening methods on a global scale over the last few decades.

Disturbingly, a review of randomized trials on cancer screening revealed that the arguably greatest source of harm from screening (whether it is from mammography or safer options such as MRIs and ultrasound), overdiagnosis, was seldom reported or quantified [17].

In “The Mammogram Myth” I showed just how commonly mammogram risks are underreported and downplayed in the medical literature.