JP Morgan Cleared Of Conspiracy “To Drive Down Silver Prices”

The Troika’s raid on the deposits of families and businesses in Cyprus is still being digested but it may be another watershed moment leading towards gold again becoming a foundation asset and key core holding of savers and investors internationally. 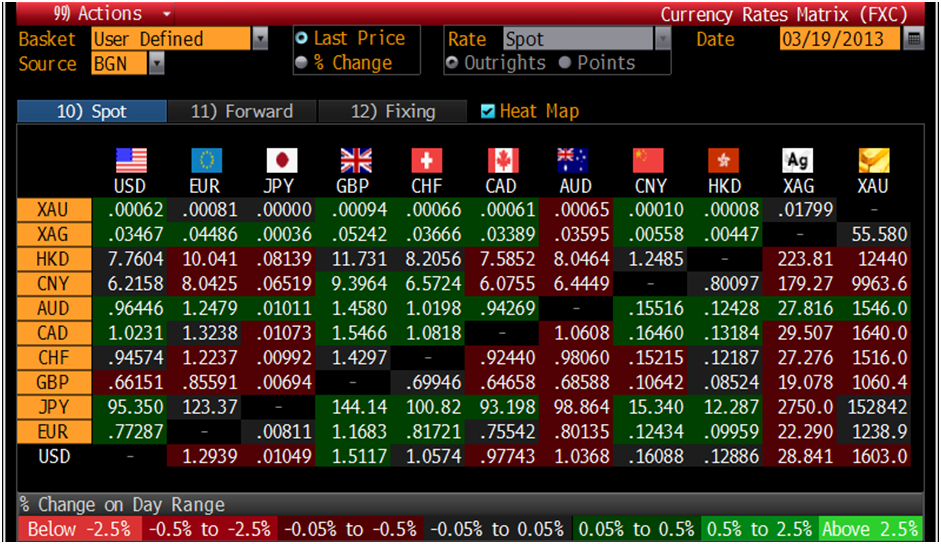 JP Morgan Chase & Co won their case of a nationwide investors’ lawsuit accusing them of conspiring to drive down silver prices.

U.S. District Judge Robert Patterson in Manhattan said the investors, who bought and sold COMEX silver futures and options contracts, failed to show that JPMorgan manipulated prices, by creating long short positions that were not in synch with market events at the time period.

The judge acknowledged that the firm could influence prices, but said that it was not proven that the bank “intended to cause artificial prices to exist” and acted accordingly.

The plaintiffs had nearly 43 complaints filed from 2010-2011, which accused banks of profiteering in over $100,000,000 by illegally manipulating silver prices.

The lawsuits against major Wall Street firms were consolidated, naming JPMorgan and 20 unnamed individuals as defendants.

The complaint had sought triple damages for what it saw as antitrust violations in jiggering silver prices from 2007-2010, including through alleged “fake” trades during low market volumes.

The CFTC began investigating queries of silver price manipulation in 2008, and after 2 years it tightened its regulations to foil traders who try to manipulate prices.

Bullish Bets Jump Most Since July as Gold Rebounds – Bloomberg

Daylight robbery in Cyprus will come to haunt EMU — The Telegraph