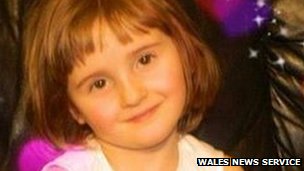 The trial of a man accused of murdering five-year-old April Jones is due to hear evidence from a young friend she was playing with when she disappeared.

Mark Bridger, 47, of Ceinws, denies abducting and murdering April, who went missing near her home in Machynlleth, Powys, on 1 October last year.

The hearing is expected to resume later on Tuesday at Mold Crown Court with evidence about the alleged abduction.

Thee court was told on Friday of April’s parents’ last moments with her.

A statement from her mother read out in court said she had been allowed out to play after “a little bit of a tantrum”.

Coral Jones said that after 20 minutes it was getting dark and cold so she wanted her daughter to come back into the house.

She sent April’s brother to look for her and he came home in a “hysterical state” saying she had been seen getting into a car with a man.

Mrs Jones immediately called police before she and her husband Paul searched the Bryn-Y-Gog estate, where they live. 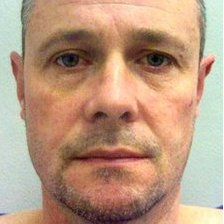 The court heard written evidence from April’s father who said he felt “so helpless” on the night his daughter went missing.

He had searched for April before coming home and “paced up and down waiting for news for about 24 hours”.

The jury also saw the last images of April before her disappearance when CCTV footage was shown of her visiting the town’s leisure centre.

On Thursday, the jury had travelled to Machynlleth and saw key locations relating to the trial, including Mr Bridger’s home near the town.

Prosecutors have told the court that the defendant killed April in a sexually motivated attack and traces of her blood were found at his cottage.

Prosecuting counsel Elwen Evans QC said the defendant burned evidence in his fire and used detergent as part of an “extensive clean-up”.

But blood stains found within the cottage matched the DNA of the five-year-old, she said.

The defendant told police during interviews he accidentally hit April with his car and “panicked,” the jury was told.

The accused man also denies intending to pervert the course of justice.