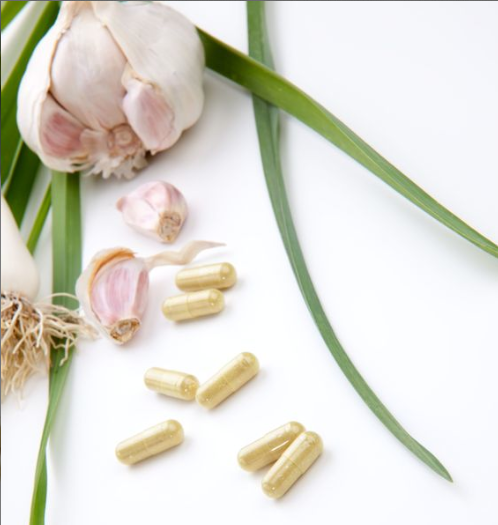 A groundbreaking new study published in Pakistan Journal of Pharmaceutical Sciences has revealed that garlic is at least as effective as the blockbuster blood pressure lowering drug atenolol in reducing systolic and diastolic blood pressure in patients diagnosed with essential hypertension, a condition linked to the #1 cause of death in developed countries.[1]

Hypertension is called a ‘silent killer,’ as it often goes completely unnoticed, along with the decades long subclinical march of atherosclerosis that is largely the cause of elevated blood pressure, often culminating suddenly in a deadly cardiovascular event such as a heart attack or stroke.

Researchers at the Department of Pharmacology, College of Pharmacy, King Khalid University, Abha, Saudi Arabia gave test subjects either, one of five doses of garlic (300/mg, 600/mg, 900/mg, 1200/mg, 1500/mg) in divided doses per day, a tablet of atenolol, or a placebo, for 24 weeks. Blood pressure readings were recorded at weeks 0, 12 and 24. 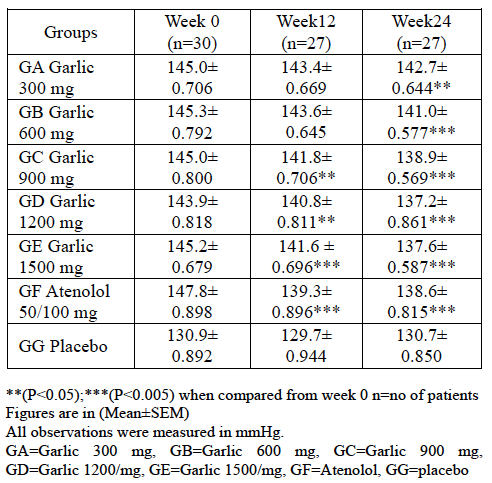 The results of the treatments on diastolic blood pressure were reported as follows: 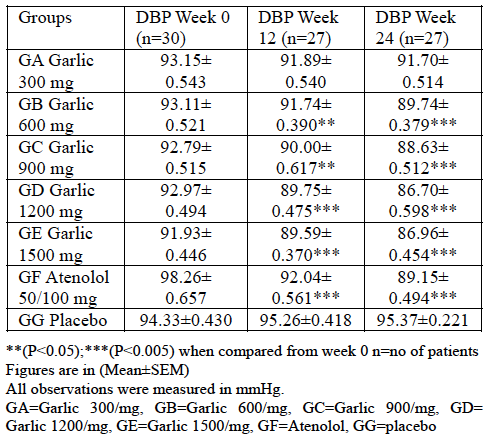 As can be seen by the results, in each garlic treated group, significant reduction in systolic and diastolic blood pressure were observed when compared with atenolol and placebo. In fact, the higher doses of garlic (1200 mg/1500 mg) were technically superior to atenolol in lowering blood pressure.

It is a rare thing to find a human clinical study comparing a natural substance with a drug. In pharma/farm comparisons like this, the stakes are often extremely high, as natural substances like garlic, which are commonly used as culinary spices, are relatively safe and affordable, whereas multi-billion dollar blockbuster drugs like atenolol are expensive, have many side effects, and are only acquired through a prescription from a physician. If the natural substance is found to be at least as effective as the synthetic compound, it undermines faith in the conventional, drug-based model of medicine which has asserted near totalitarian control of medical practice by requiring that statements of medical fact, including claims of drug or plant medicine effectiveness, be made only after running the multi-million-dollar gauntlet of repeated randomized, double-blind, placebo-controlled, clinical trials. As a result, the modern medical system obeys Napoleonic legal principles, namely, what it does not explicitly permit is forbidden. This means that unless a substance like garlic is confirmed through human clinical research to work for a particular health condition, its use could easily be construed as illegal by regulatory bodies like the FDA.